ACT NOW TO PARTICIPATE IN THE ACTION

U.S. Market Advisors Law Group PLLC announces that it has filed a securities fraud class action on behalf of purchasers of the common stock of Longfin Corp. (NASDAQ: LFIN) between December 15, 2017 and April 2, 2018. The lawsuit seeks to recover damages for Longfin investors under the federal securities laws.

On April 2, 2018, USMA Law Group publicly alerted investors of its investigation and intent to file a class action. At the same time, USMA Law Group coordinated with the plaintiff and co-counsel for today’s filing of the securities fraud class action Complaint. A copy of the Complaint is available here. 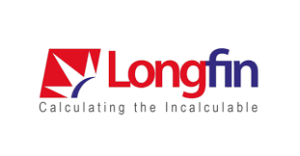 To join the Longfin class action or request more information, please Contact Us today. You may also contact David P. Abel, Managing Attorney of USMA Law Group, to discuss this matter at no obligation or cost: 202-274-0237; [email protected]. If you wish to serve as lead plaintiff, you must move the Court no later than June 2, 2018.

A summary of USMA Law Group’s investigation and complaint allegations is found below.

On March 26, 2018, stock commentary website Citron Research (“Citron”) posted a tweet on Twitter.com questioning the veracity of Longfin’s operations. The same day, Russell issued a statement announcing Longfin would be removed from its global indices, only days after being added. 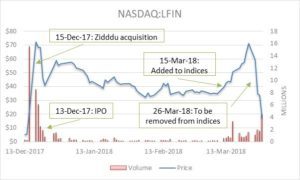 The Complaint alleges that, Defendants made false and/or misleading statements and/or failed to disclose that: (i) Longfin had material weaknesses in its operations and internal controls that hindered the Company’s profitability; (ii) Longfin did not meet the requirements for inclusion in Russell indices; and (iii) as a result of the foregoing, the Defendants’ public statements were materially false and misleading at all relevant times.

On March 26, 2018, stock commentary website Citron Research (“Citron”) posted a tweet on Twitter.com questioning the veracity of Longfin’s operations. The same day, Russell issued a statement announcing Longfin would be removed from its global indices after market close on March 28, 2018, only approximately 12 days after being added.

On April 2, 2018, after the close of trading, Longfin filed its 2017 annual report with the SEC. The annual report confirmed that Longfin had material weakness in its internal control over financial reporting, was not profitable and was the subject of an SEC investigation.

The annual report also acknowledged whether Longfin will be able to continue as a going concern.  At the same time, Longfin has stated a belief that its cash position, forecasted cash flows, and other assets, are sufficient to cover the Company’s expenses and growth strategy over the next year.